According to a recent report published by the Technical Assistance Collaborative (TAC) and the task force for the Consortium for Citizens with Disabilities, there is a housing affordability crisis nationwide. Here in Colorado, a bill is being proposed to put a tax on plastic bags to fund the expansion of the supply of affordable housing. If it passes, House Bill 18-1054 would go to a vote of the people in November of this year.

What is the issue with affordability and housing in Denver?
“With the rise in the number of people coming to the Denver metro area, we are not building enough. Many of these new places are for lease. Those leases are very expensive. My sense is we need to do more to try to generate more affordable housing for people. From my own experience if I tried to buy my own condo right now, I wouldn’t be able to afford it. That is a regular reminder to me of what people must be going through just trying to get started or make it in the Denver metro area today.”

How much revenue from this tax would be generated for affordable housing?
“It’s going to be difficult to estimate how much revenue this would generate. From some of the statistics we used working with our economists (the number of bags people use, the number of people who use plastic bags in Colorado) we came to 50 million dollars a year. This would probably be the first year. Statistically as people start using reusable bags, the tax would decline over time. Realistically, this tax is designed to get rid of itself. New developments are only getting more expensive too. It is hard to say how many new apartments this would fund if this were to pass the legislature and the people voted for it. I can’t say it would have a huge dent but maybe it would be something at least, particularly for the homeless, or veterans, or people who just can’t afford a place to live.”

Where would the revenue be directed?
“The funds would go to the Department of Local Affairs (DOLA). DOLA has programs where they give grants and loans to retain affordable housing. When apartment owners redo their buildings, this might be able to help keep that cost down. Even if it’s been remodeled, they could make it affordable. That’s the renovation part of it. Or, they would be able to use those funds for new housing. Between those two, they have successes. Those statistics are readily available.” 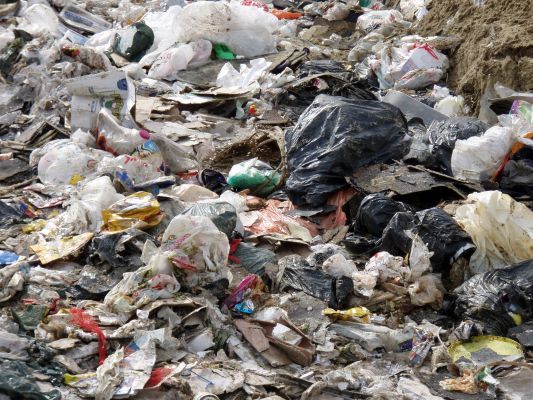 What are the chances voters would accept a plastic bag tax?
“I think it has a good chance of passage if people got to vote on it. People understand this is the number one issue we are facing right now. This is a very minor tax. It is only proposed to be a 25 cent tax whether you get one bag at the supermarket or 50 bags. It’s one time per visit, at the checkout. It is so focused and so narrow. Whether it is 50 people, or 600 people, that 50 million dollars would fund in the first year, I think that is worth it. As difficult as it is right now to find somewhere to live, you can imagine for someone who has a disability, it’s probably even harder. Maybe they can’t do steps or they need an elevator, or the sink needs to be lower. That only adds to the cost. We need to help those who struggle the most. I think that is what this bill is designed to do.”