It is important to know where you have been in order to know where you are going. The student pictured is a client. He is a Denver Public School (DPS) student, diagnosed with autism. In 2011 the student was assigned to an affective needs (AN) center program. The AN program is said to be designed for students with emotional disabilities, not students with autism, intellectual disabilities, other health impairments (e.g. ADHD) or other disabilities.

END_OF_DOCUMENT_TOKEN_TO_BE_REPLACED

On February 6, 2020, a complaint of discrimination was filed by a member of Denver Public School (“DPS”) staff against the Principal of Inspire Elementary School. The complaint was filed in accordance with DPS Board of Education policy AC. The complainant alleged that the Principal discriminated against the student based on race (Black) and disability. AdvocacyDenver appreciates the staff that stood firm advocating for the appropriate treatment of the student and forwarded the complaint of discrimination.

END_OF_DOCUMENT_TOKEN_TO_BE_REPLACED

We are writing as advocates in the disability community to ask that you support the call of your colleagues, Tay Anderson and Jennifer Bacon, to end the human rights violations of school policing. In this historic moment spurred by the murder of George Floyd at the hands of Minneapolis police, we call on you to do what is right and just and vote to terminate the Denver Public Schools’ (DPS) contract with the Denver Police Department and remove all police from the DPS.

END_OF_DOCUMENT_TOKEN_TO_BE_REPLACED

On July 1, a state law went into effect making it a class 6 felony to unlawfully confine an at-risk adult and a class 1 misdemeanor to abandon an at-risk adult. This law, enacting penalties for persons convicted of at-risk adult abuse crimes, was the result of hard-fought lobbying efforts of advocates within the Colorado disability community. Leading their fight for legislative change was Denver’s Director of Elder and At-Risk Protection, Jane Walsh. She says this law is a tool to get more abuse crimes reported and prosecuted.

Jane Walsh has been prosecuting crimes against at-risk adults since coming to the United States in 2007. Originally from Scotland, she has practiced law under three different legal systems to defend her passion. That passion is fighting inequities for vulnerable populations and protecting their right to live full and respectful lives.

END_OF_DOCUMENT_TOKEN_TO_BE_REPLACED

Disability advocates and the state of Colorado reached agreement last month in a legal battle over the long wait times for court-ordered mental health competency proceedings.  A Consent Decree was entered into as a result of a lawsuit against the state by Disability Law Colorado.  A bill introduced this Session creates alignment with the Consent Decree’s competency proceeding requirements and helps the state avoid violations and penalties.

Entitled, “Actions Related to Competency To Proceed,” Senate Bill 19-223, is a revised version of a competency bill that failed to pass in the 2018 Session.  The bill’s sponsor, State Representative Mike Weissman, says the 2019 version has bipartisan support and has been worked on extensively over the past year. He is optimistic that it will win passage this year.

END_OF_DOCUMENT_TOKEN_TO_BE_REPLACED

A Colorado legislator has introduced a bill to strengthen efforts to decrease crimes against at-risk adults. Senator Jessie Danielson is sponsoring Senate Bill 19-172 which makes it a Class 6 Felony to unlawfully confine an at-risk adult and a Class 1 Misdemeanor to unlawfully abandon an at-risk adult.  Senator Danielson says this bill will cut down on this type of abuse of the most vulnerable Coloradans.

END_OF_DOCUMENT_TOKEN_TO_BE_REPLACED

At different times, over the years, I had an opportunity to stand with Carrie Ann Lucas on issues important to the community of individuals with disabilities.  I cannot report that we were Facebook friends, we did not meet for lunch or dinner or discuss our personal lives.  I knew Carrie as a bright, firm, determined parent, attorney, advocate, and community leader.  If there was a question in relation to the rights of parents with disabilities, Carrie was the expert.

END_OF_DOCUMENT_TOKEN_TO_BE_REPLACED 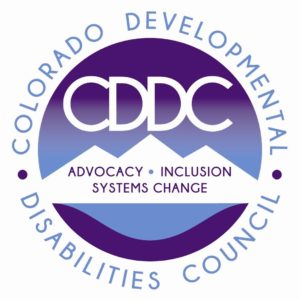