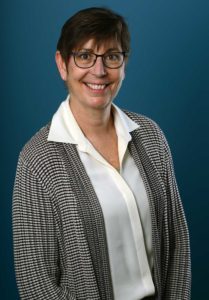 The Director of the Colorado Fiscal Institute, Carol Hedges, says despite Colorado’s strong economic activity, the state is facing a budget shortfall in the millions this coming fiscal year.  A recognized expert on the TABOR amendment, she says $257 million of that shortfall is slated for taxpayer rebates. In an interview with Catherine Strode, she proposes a bill being introduced this legislative session as a long term solution to the state’s budget challenges.

What is the outlook of Colorado’s economic health for this coming budget year?

“Our population is growing above the average. Our median wage is above the average. Our unemployment rate is below the national average. The economy is chugging along pretty well. But because of the rules we’ve imposed upon ourselves about the way our elected officials can collect revenue for investing in public priorities, we’re struggling. If we were to keep up with current caseload increases: new kids in school (growing by inflation the costs associated with each of those students), expansions in eligibility for Medicaid, making sure our savings account was where it was supposed to be according to current law, it would require a growth in funding of over $900 million. But we’re only going to generate $510 million in new money. We have a $440 million dollar shortfall for the budget for 2017-2018.”

What does that gap mean for the state’s economy?

“What it means is that we have to make some tough choices about priorities. The cost of just keeping up with the Medicaid workload is $143 million. The cost of keeping up with new students and inflation for schools is $203 million. We are required by law to return $257 million to taxpayers through TABOR rebates. If we pay the TABOR rebates, that’s $257 million we don’t have to fund caseload for Medicaid and/or schools.”

How does this shortfall compare to previous years?

“The challenge with this year is that the economy is in good shape. It makes sense that when the economy is contracting we scale back services. The challenge of what makes it really difficult now is that the economy is actually growing. Economic activity is occurring across the state, not everywhere equally, but overall. We’re still having to cut back on the funding for schools. That’s what makes it particularly dire. It is going to be great pressure to keep up our level of funding for the K to 12 education system, which already ranks 40th in our spending per pupil compared to other states.”

Where do you see the greatest budget risk?

“I think the greatest budget risk for this budget year is in higher education. Higher education is one of those places where there isn’t a constitutional requirement to grow funding. I think public funding, collective funding for our colleges and universities and community colleges, is at the greatest risk. We are mandated to fund caseload in Medicaid. We are mandated, at some level, to keep up with inflation for schools. We are already a billion dollars behind there. Folks are concerned about what that is going to mean for our communities and for our schools. I think what is at greatest risk this year is probably funding for higher education and education beyond high school.”

What grade do you give our economic health for the 2017 budget year?

“There are places where it could improve. Certainly, there are pockets of the state where we’re not seeing the same kind of economic vitality we’re seeing along the Front Range. But I think overall, and nationally, we compare pretty well. I would give the overall economy a ‘B.’ Our state’s fiscal situation, the ability of state government to support public programs that people depend upon, including our private sector business partners, I’d give that a ‘D+.’ That fiscal health piece gets into the short term versus long term challenges. We have such significant short term problems right now. The only way to solve our short term problem is in the long term solution. In a political context, where we make so many of these decisions, it’s very hard to get people to focus on long term, especially when the short term is creating such potential pain as we’re experiencing right now.”

What do you view as a long term solution?

“The long term solution is a piece of legislation that has bipartisan sponsorship that would change the formula that determines whether money needs to be returned to taxpayers. It would move it from inflation plus population (which is the current formula) to a five year average of personal income. If our revenue grows faster than the rate of inflation plus population, we have to return it to taxpayers even though we have these needs. This new measure (five year average of growth and collective personal income) would be a better measure of economic activity. It would give the state more flexibility in expanding times to be able to keep money and make up for cuts that we have to make during downturns.”