Nationwide, the “intellectual and developmental disability” is gradually replacing the term “mental retardation”. Advocates have rightfully asserted the “R” word is offensive. Colorado lawmakers agree. They have adopted Senate Bill 18-096, which modernizes the terminology in statute, and have sent the bill to the Governor for his signature.

In an interview with Catherine Strode, the bill’s sponsor explains how the outdated language will be removed from all Colorado statutes and how the testimony of Self Advocate Connor Long made that happen.

How did the bill to modernize the statute terminology evolve?
“This is the third year of the Statutory Revision Committee. We passed the bill in 2015 and it was instituted. People go to our statutes and look things up and they say, ‘Why aren’t we doing this?’ Or, ‘I want to participate in this program.’ Or, ‘That program has never not been funded for the last 25 years’ (for an example.) The Department has said, ‘This has never been funded. It’s likely not going to be funded.’ It’s not doing what the original bill, 25 years ago, was intending. Why do we still have it in the books? This is why we have the Statutory Revision Committee and why we are trying to update things. It’s going to be a slow process because we have a lot of books to go through. We need this (Committee) to update information, to take away duplications, to take away things that have been in there for years but are meaningless. We needed to repeal them, to update the language into 21st century language, and to have statutes in the right places. We’re having to do this on an annual basis. That Committee can only bring forth five bills each year.”

How did this terminology fix get prioritized?
“That is the task of the Committee to review things that are brought to us either by Legislative Council and staff, or Departments. This came to us and it was, ‘Do you really want to keep this in all of the statutes? We need to change this.’ We were all in agreement with that. We needed to have the more appropriate term that we’ve been using in our more current bills in the last four years. Intellectual and developmental disability is much more palatable and includes a variety of things, whether it is a physical disability or cognitive disability or intellectual disability. These are disabilities but they don’t label people. I liken it to having gotten ‘mental illness’ out of our statutes. I had talked to a number of families that actually won’t get help for a family member because they don’t like the stigma that is associated with that label. That’s why this bill was important to get done.”

What testimony influenced the Committee’s decision?
“Connor (Long) came in. I really love seeing him here because he has a real passion for wanting to make things better. He was talking the stigma of being labeled and that we all should be treated the same. He was one person who caught everybody’s attention. He’s trying to help institute change because he lives this stuff every day. He totally gets and understands how other people feel. I think it’s important for him to come in and share his stories, share why this is so important and why we need to make these changes to make things better here in Colorado. I’m hopeful they are changing this language in the statutes in other states. This bill is good for the people of Colorado.” 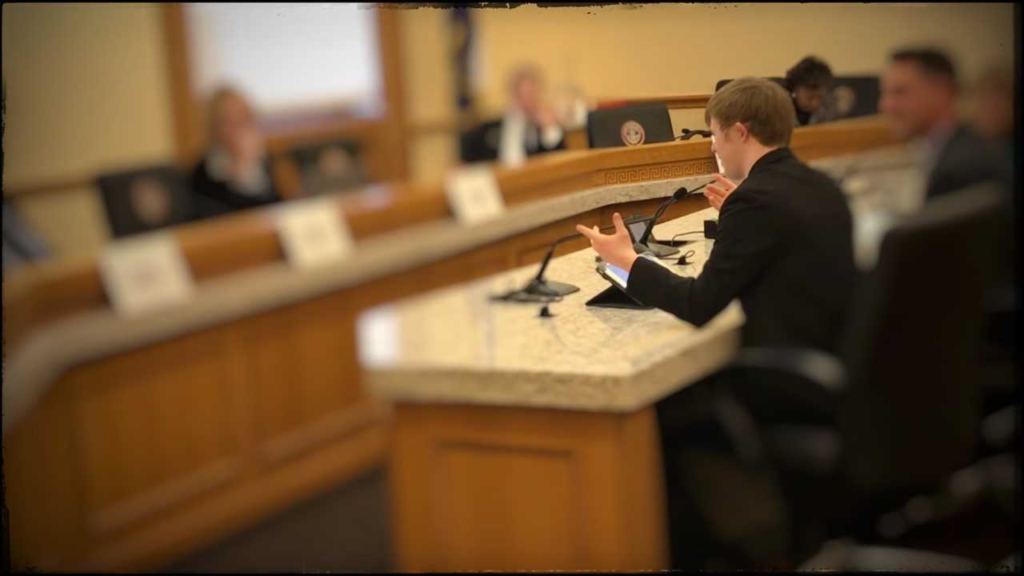 These days, when it is too often hard to find kindness in our politics, let us be sure to find kindness, fairness and equity in the wording of our public policies. This shift would make it more consistent with the language already used by the Centers for Disease Control and Prevention, the United Nations, and other segments of government. While “mental retardation” was once a clinically appropriate and useful term, it’s slang shorthand — “retard” —  has become a common and willfully demeaning and hurtful slur that invites taunting, stigma, and stereotype.  It invites bullying from the heartless, and slammed doors from the mindless. It undermines the simple human need and right to be treated with respect and dignity. We advocates consider the term a stinging label that is outdated and stigmatizing and needs to go away. We ask you today to change words, so that they may change the minds and hearts we need to make our communities and society kinder and fairer for all.”

How many statutes will this impact?
“It will go back and fix whatever has already been passed, whatever is in our statutes. They were supposed to have changed some of our terminology last year but a couple of bills went through at the end of the Session that had the old antiquated terminology. This is why we are having to do this bill because we want to make sure it’s not anywhere and moving forward it won’t be used in the statutes. It will get removed and replaced.”