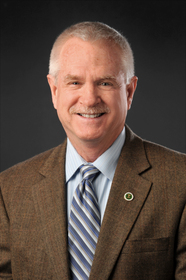 It’s being called a ‘silent epidemic’ among children here in Colorado and nationwide. It’s a condition that affects physical, behavioral, and social well-being. It’s labeled as the most common chronic disease of children across the country. In an interview with Catherine Strode, Dr. William Bailey, former Chief Dental Officer for the U.S. Public Health Service and a Professor in Early Childhood Caries Prevention at the University of Colorado School of Dental Medicine, says tooth decay and oral disease in early childhood is eight times more prevalent than obesity.

It’s being called a ‘silent epidemic’ among children here in Colorado and nationwide. It’s a condition that affects physical, behavioral, and social well-being. It’s labeled as the most common chronic disease of children across the country. In an interview with Catherine Strode, Dr. William Bailey, former Chief Dental Officer for the U.S. Public Health Service and a Professor in Early Childhood Caries Prevention at the University of Colorado School of Dental Medicine, says tooth decay and oral disease in early childhood is eight times more prevalent than obesity.Picture supplied by Anschutz medical Campus

How prevalent is tooth decay in Colorado’s children?
“In Colorado, about 40 per cent of children have experienced tooth decay. When you get to third-grade children, it’s about 55 per cent. But there are disparities. Among Hispanic children or low income children, it gets up to about 70% of third-graders who have experienced tooth decay. There is an epidemic; and it’s an epidemic that sort of goes unnoticed. The Surgeon General in 2000 talked about this, calling it a silent epidemic. Tooth decay is the most common unmet health need of children in Colorado. It is the most common chronic disease of Colorado’s children and across the US. We still have children that have such severe decay, they have to go to the operating room and go under general anesthesia for treatment. Last year alone here on the Anschutz Medical Campus, more than three thousand children went to the operating room for dental surgery. The cost for those surgeries is between 10 to 15 thousand dollars per case. An enormous amount is being spent to fix or repair the damage that is done by tooth decay which is almost entirely preventable if we give the right services to children.”
What kinds of oral health services for children are needed?
“Preventive interventions are under-utilized. Things like dental sealants, which are a plastic coating that goes on top of the biting surface of the tooth and prevents that surface from becoming decayed, are under-utilized. About 45% of third-graders have received those protective dental sealants. We know there are other things that work, like fluoride. Fluoride helps to remineralize the teeth. Water fluoridation is incredibly important because it serves as the basic foundation for preventing tooth decay. It won’t stop tooth decay entirely but water fluoridation reduces tooth decay by about 25 per cent. We have fluoride varnish. We have physicians now putting fluoride varnish on in offices. They are able to bill for that. This helps tooth decay as well. “
What will it take to improve oral health services for Colorado’s children?
“It isn’t just any one thing. It’s getting access to care. It’s integration of care. It’s improved health literacy. All those things come into play when we’re talking about total management of the disease. If we could see children throughout the year, and bill for ongoing risk assessments. If we could pay more for management of the disease process instead of procedures, that would help. There are a lot of children that are eligible for Medicaid but only about one out of three dentists in Colorado accepts Medicaid patients. It’s understandable that there are some obstacles to getting children the care. If we can get the children at the earliest possible ages and start providing this management of disease approach, with anticipatory guidance to parents, with risk-based assessment of these children, we can turn this epidemic around.”
What efforts do you see underway in our state to fight this ‘epidemic’?
“We are looking for new ways to get care to patients. There’s also something starting up called “The Smiles Project.” That is essentially bringing care to children in settings like early childhood learning centers, elementary schools. It’s essentially being able to have a number of people get a dental visit without ever having to come to the dental office. It’s then being able to be followed, in those settings, for care management. That’s an exciting thing that Colorado’s involved in. Colorado is the second state to be working on that; California is the first. We may be able to give greater access to care to children in places where they are: in schools or early learning centers or wherever the setting might be. It wouldn’t necessarily be restorative care. However, children who needed restorative care would have a definite place to be referred to. Then instead of just saying, ‘You need to go to the dentist,’ there would be a specific referral source. “

Catherine Strode is Advocacy Denver’s Communications and Policy Specialist.  Formerly Coordinator of the Health Care Advocacy Program, she holds a Masters degree in Public Administration with an emphasis in Health Care Policy. Catherine publishes Policy Perspective, featuring interviews with state policy makers on issues that affect the work and mission of Advocacy Denver.