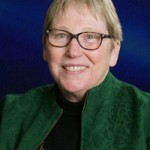 Dr. Corry Robinson has built a legacy of leadership at JFK Partners.