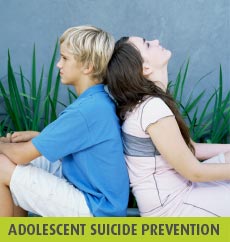 One of Colorado’s long term policy goals is to be the healthiest state in the nation. The Medicaid expansion is making quality health care available to more of the state’s residents.  However, one ailment often goes undiagnosed before it kills: suicide. Suicide rates in Colorado have been rising for the past seven years. Currently, Colorado is at the top of the list for suicides, ranking seventh highest nationwide. In this post you can view a recorded webinar discussing what is being done to prevent suicides among our state’s population.

On November 1st, 2016 the Director of Advocacy Denver’s Children’s Mental Health Program, Scott Utash, and the Colorado Department of Public Health and Environment’s Coordinator of Colorado’s Commission on Suicide Prevention, Sarah Brummett, joined AdvocacyDenver’s Catherine Strode for a webinar on “Adolescent Suicide Prevention” where they discussed Colorado’s rising suicide rate and the segments of the state’s population that are at high risk.

View the recording of the webinar or download the slides here.