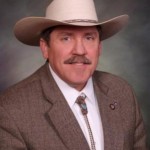 House Bill 1226, sponsored by Representative Mark Barker, imposes a surcharge on persons convicted of crimes against at-risk persons. The bill would allow the surcharge to be placed into a fund to be used for programs that provide respite services for caregivers.

Representative Barker is the guardian of his deceased sister’s 30-year-old son who is developmentally disabled.  In an interview with Catherine Strode, Program and Outreach Coordinator of the Health Care Advocacy Program, Representative Barker said the death of his sister inspired him to support the well-being of all caregivers by sponsoring this bill that would fund respite care.

What made you bring this bill to provide funding for respite care?

“It appealed to me because I have a nephew who is developmentally disabled and he’s currently in a care facility so he receives the 24 hour care.  But I’m his guardian by default.  My sister died and she had cared for him from birth.  And for many years she couldn’t have a job because he required 24 hour day care. She had the family to call upon when she needed to go to the grocery store, go shopping, and to do other things and so she would drop him off with one of us.  So she had some support.  But her health deteriorated, she never had money, she was always in a really bad situation.  He has -like most people who are developmentally disabled, they have other problems -seizures – and – things like that. So it requires someone who knows what to do in those sort of situations.  So it appealed to me. She died.  I think it shortened her life dramatically because of having to deal with this all that time.  I really feel  like respite care is essential for people that are caretakers and I think the money that we put towards that – whether it is from the perpetrators of crimes against the at-risk adults – whether they be developmentally disabled, or Alzheimer’s, or whatever, identity theft  is a big one – is well spent. Because by providing respite care to the family members and  guardians who are providing that care – we are preventing them from going on welfare, food stamps, housing,  they’re able to maintain more of their self support – and care for this developmentally disabled person or otherwise ‘ at-risk adult’ with less public assistance.”

What kind of need is out there that was expressed in the testimony?

“I think hearing from the parents and from the caregivers that they have no time, they have no sort of replacement shift – at the end of an eight-hour shift, at a care facility, someone else takes over.  At home, when they’re a parent, or a child of an alzheimer’s senior citizen, there’s no new shift coming on. It’s 24 hours a day, seven days a week. And there’s no shift coming on to replace you.”

What are the mechanisms financially behind the bill to make it work?

“This doesn’t charge anyone any funds who’s not been found guilty of committing a crime – but if the Judge chooses to use that option of assigning a fee – a surcharge – to the perpetrator of a crime against an at-risk adult – then the funds that are paid in by that perpetrator would go into that special fund for the respite care.  And those funds will be administered and dispersed to organizations who meet all the requirements of the funding and that is to be set up.  They have to be bonded and licensed and they have to have certain types of facilities and their people have to be trained and they have to have guarantees that the people are going to be adequately equipped to deal with the needs of the people that are going to be dropped off into their care.  So it flows from the perpetrator to the fund- and in the fund to the provider- and the Department of Human services.  We were actually looking at several different state organizations and I believe that’s the one that was found to be the most practical.  But from that they will administer it only to make sure that the funds are used properly and then it will go to the agency that is providing the respite care.”

Will there be enough money in the fund to support respite care and is this something that can grow?

“It can grow and the reason I believe it will is partly because we have a bill that is to fix the identity theft statute that was sort of crippled by a supreme court decision.  If that bill for the identity theft statute passes, it will allow prosecutors to directly attack that crime. A large number of the people who are the victims of identity theft are senior citizens, at-risk adult.  And if they’re convicted of a crime against an at-risk person, and the judge chooses to apply the surcharge, then those funds can go into this respite care.  I believe that with the passage of the identity theft bill, there will be an increase over time of surcharges that are applied to these perpetrators.  Also, it’s my understanding that if the state, the legislature passes this bill, the respite care bill, that it may attract other investors who see the need then.  So in a way  what we’re doing is we’re creating a surcharge fund that will be sort of symbiotic and maybe even seed money for other investors to come in and look at donating money for these sort of  respite care facilities.”

What is your answer to those who say ‘it won’t provide enough money?